As a center for foodborne infectious diseases, we play an essential role in clarifying disease outbreaks caused, for example, by Listeria or Salmonella.

"AGES is a central pillar in maintaining the health of humans and animals in Austria. As the most modern laboratory, research and risk assessment facility, the experts of the AGES institutes at the Graz site support the authorities in the fields of health, food and veterinary affairs in their work," emphasized National Council Member Josef Smolle, Health Spokesman and former Rector of the Medical University of Graz, who opened the "20 Years of AGES Graz" anniversary celebration on behalf of Governor Christopher Drexler. About 110 guests of honor from politics, authorities, companies, research and social partners as well as AGES employees followed the ceremony. "As a center for foodborne infectious diseases, we play an essential role in clarifying disease outbreaks caused, for example, by listeria or salmonella. To this end, our food and disease detectives use state-of-the-art technology such as whole genome sequencing, with which we determine the genetic fingerprint of a wide variety of pathogens and use CSI methods, as it were, to convict the 'culprit' in order to contain consequential damage to health and the national economy," said AGES Managing Director Thomas Kickinger, highlighting one of the technical focal points of the AGES site.

The extensive range of activities is very clearly visible at the Graz site: 106 employees handle a wide variety of tasks in the areas of risk assessment and food safety, public health and animal health, and radiation protection, and ensure the health of humans, animals, and the environment 365 days a year. Today, a wide variety of risks are investigated and assessed centrally for the whole of Austria at AGES in Graz: "Graz is our headquarters for the monitoring of zoonoses (note animal-human transmissible diseases) and antibiotic resistance (National Reference Center). We support the authorities in clarifying outbreaks of foodborne diseases and assist them in drinking water testing and bath hygiene. Third Graz focus is risk assessment and data preparation (note modeling, animal disease spread, interactive web reports like the food safety report, risk based control plans, etc.) in Austria. In this way, we make a significant contribution to the health of the population and safe food," says Kickinger.

AGES Managing Director Anton Reinl described the "concentration of expertise from the areas of food safety, bathing water monitoring and radiation protection" and the "establishment of systematic risk-based planning and assessment of risks along the entire food chain, including modeling" at one location as "absolute added value" for food safety and animal health. "The consolidation of national reference centers and databases at AGES Graz is a win-win situation, both professionally and commercially," Reinl said. In Austria, there are numerous monitoring programs for different diseases and animal epidemics. For this purpose, reliable data must be available in order to provide authorities and companies with targeted sampling plans. "Our statisticians and risk assessors in Graz have proven expertise in these areas. For example, the internationally interconnected animal trade represents a major transmission route for many animal diseases. By analyzing animal movements, surveillance programs can be optimized, but also risk management measures by the authorities can be prepared in the event of a crisis. For example, we have established an automated animal import control system in a pilot project in Styria, which is now also in use in all other provinces," says the AGES managing director.

The AGES center in Graz, with state-of-the-art analytics and risk monitoring expertise, takes a holistic view of risks to human, animal, plant and environmental health. The "One Health" approach has been continuously implemented over the past 20 years through professional concentrations at AGES sites and cross-business cooperation in laboratory analytics and risk assessment. In Graz in particular, starting with the establishment of the Institute of Biostatistics (2006) and the merger of the reference centers for foodborne diarrheal diseases (2008), an AGES Center for Foodborne Infectious Diseases (2012) and the business area Data, Statistics and Risk Assessment were systematically established and expanded.

In 2010, for example, it was possible for the first time to trace a Salmonella Mbandaka outbreak with 153 bacteriologically confirmed human cases not only to the causative food (table eggs) and causative laying hen flocks (56 producers), but also back to a contaminated feed as the source, thus successfully closing the food cycle across all human, food, animal and feed sectors. DNA fingerprinting was also established with the successful clarification of a Listeria outbreak (2010) with a total of 34 cases of illness, 8 of which were fatal. At the Center for Foodborne Infectious Diseases, Listeria monocytogenes isolates from various sources (human, food, environment/environment) have also been routinely subjected to whole-genome analysis and cross-checked since 2016. Currently, there are more than 15,000 entries in the AGES database of the reference laboratory for Listeria. AGES thus maintains the largest database for listeria in Europe.

As part of the AGES 20th anniversary celebration, the "Health and Environment" risk barometer was also presented. Austrians:inside have great confidence in their food: almost three quarters are not worried about safety. The highest concerns are currently about environmental pollution, climate change and social inequality. Concerns about energy supply, epidemics and animal diseases have increased in particular. In the perception of Austrians, AGES enjoys a very high level of trust and plays a pioneering role when it comes to communicating risks on the topics of climate change, the environment, health and nutrition.

Afterwards, Health Spokesman Josef Smolle, Regional Director of Public Health Ilse Groß, Peter Pless, Head of the Laboratory and Zoonoses Team of the Province of Styria, and Chamber of Agriculture Director Werner Brugner discussed perspectives, opportunities and challenges in the 21st century and regional strategies to address them. The monitoring of zoonoses and new pathogens, as well as the rapid detection and clarification of foodborne disease outbreaks, were discussed alongside new issues such as climate change, food security, and antibiotic resistance and consumption in human and veterinary medicine as a problem for human and animal health.

The topic of "science behind safe food" is currently being made visible in easy-to-understand language by AGES in cooperation with the European Food Safety Authority EFSA in an information campaign for the population #EUChooseSafeFood (Safe Food for the EU). Foodborne illness plays an important role in the social media campaign, as most food poisoning in Europe is caused by bacteria from raw food that has come into contact with ready-to-eat food.For consumers, there are also tips on kitchen hygiene and the correct handling of food. 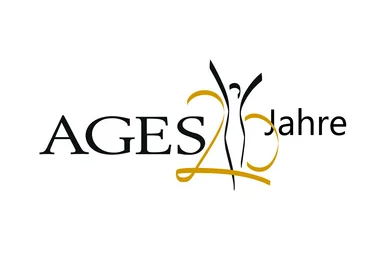 For 20 years, the AGES Center for Animal Health in Mödling has specialized in animal disease diagnostics, monitoring and research to keep animals healthy.

Together with Governor Thomas Stelzer, we celebrated our anniversary in Linz.

Our 20th birthday: a review

More than 800 guests of honor and employees celebrated our 20th birthday on June 1.